What are undescended testes?

Testicles are the glands inside the scrotum that make sperm and testosterone. They’re also called testes.

During the normal development of a baby, testicles grow in the abdomen and move down into the scrotum before or just after birth. When this doesn’t happen, and they remain in the abdomen, they’re referred to as undescended testes.

Why should undescended testes be fixed?

Undescended testes can lead to range of health problems later in life if they’re not fixed.

Abnormal testicles, such as undescended ones, can have a negative impact on confidence and self-esteem as boys get older, especially during teenage years.

Undescended testes usually have poor sperm quality, even if they are fixed by surgery. Your scrotum is designed to keep your testicles at a lower heat than your core body temperature. If your testicles remain in your abdomen after birth, the exposure to a higher temperature can cause problems with fertility. If you’re born with both testes undescended, it’s likely that you’ll be infertile.

Having undescended testes means that you’ll have a higher chance of developing testicular cancer. About 700 cases of testicular cancer are diagnosed each year in Australia, mostly in the 18-39 age group.

Undescended testes are also at higher risk of injury, and it’s much easier for their blood supply to be cut off.

We don’t know what causes undescended testes, but there are several conditions that make it more likely to develop. These include Klinefelter syndrome, spina bifida, Down syndrome, and low testosterone.

Undescended testes should not be confused with retractile testes.

Retractile testes are when the muscle attached to the testicle pulls it up into the groin, so that it can’t be felt or seen. Retractile testes can stay higher in the scrotum over the years, but usually move into the normal position by puberty.

If you’re born with your testicles positioned normally in your scrotum, sometimes they can move back out of the scrotum and into the groin. This is a condition called acquired undescended testes, or acquired cryptorchidism, which can happen between 1-10 years of age.

Acquired undescended testes are caused by the cords that attach each testicle to the body growing at a slower pace than the rest of your body. As you grow, these cords slowly pull the testicles out of the scrotum and into the groin.

In about one in 20 cases of undescended testes, there are no testicles inside the scrotum at all. This is thought to happen when the blood flow is interrupted during development, and causes the developing testis to die before birth.

Testicles that are not descended at birth often come down in the first three months, so it’s best to wait until this age before deciding on treatment. If the testicles can’t be felt at three months of age, or they’re very high, it’s unlikely that they’ll come down without treatment.

If you discover as an adult that you have an undescended testicle, moving the testicle into the scrotum through surgery will not improve fertility and so will usually be removed. Often, if you’re over 40, nothing is done.

What treatments are available?

Undescended testes can be treated in two ways:

The standard treatment is to have an operation, which involves finding the testicles in the abdomen or higher in the scrotum, then bringing it down into the scrotum. 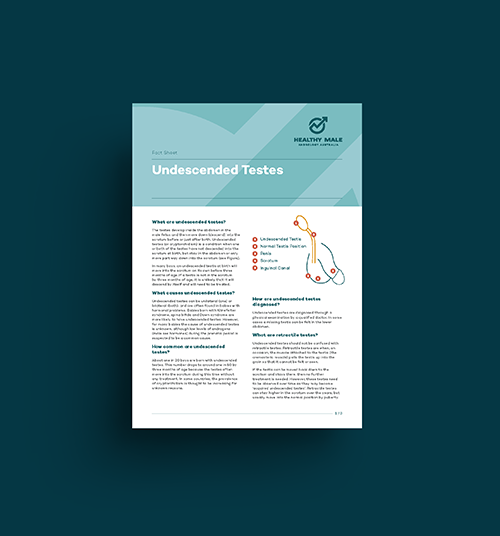 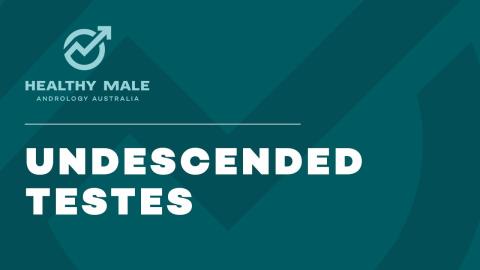