You can break your penis — it’s also known as a penile fracture. And it’s most likely to happen when you have an erection, during sexual activity.

When you get an erection, blood fills the spaces in two tube-like chambers in your penis, which are called the corpora cavernosa. 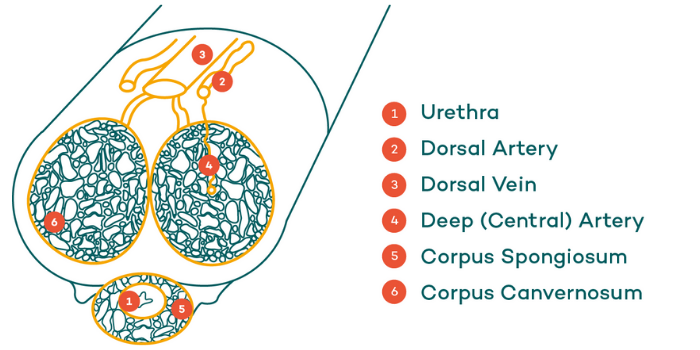 The corpora cavernosa swell as they fill with blood, stretching the fibrous tissue that surrounds them, which is called the tunica albuginea.

The filling of the corpora cavernosa and stretching of the tunica albuginea make your penis hard1. If your penis is knocked hard enough, or you try to bend it, the tunica can tear and the cavernosa can push through it.

Men who fracture their penises say they hear a loud pop or snapping or popping sound and feel immediate pain. Blood vessels in the cavernosa usually rupture and cause bruising and swelling straight away. If the tissue around the tunica albuginea also ruptures, blood can pass into the scrotum or abdominal cavity.

One or both of your corpora cavernosa may rupture and, in some men, the corpus spongiosum (a column of spongy tissue that runs through the body and head of the penis) and urethra can be damaged.

A fractured penis is best treated immediately, which usually involves surgery to repair the injury.