Despite the importance of quality relationships for our health and survival, many Australian men are struggling to make and maintain them. Here, blokes who have been through periods of isolation at different stages of life share how they came out the other side with better connection, and what they’re doing to help other men do the same. 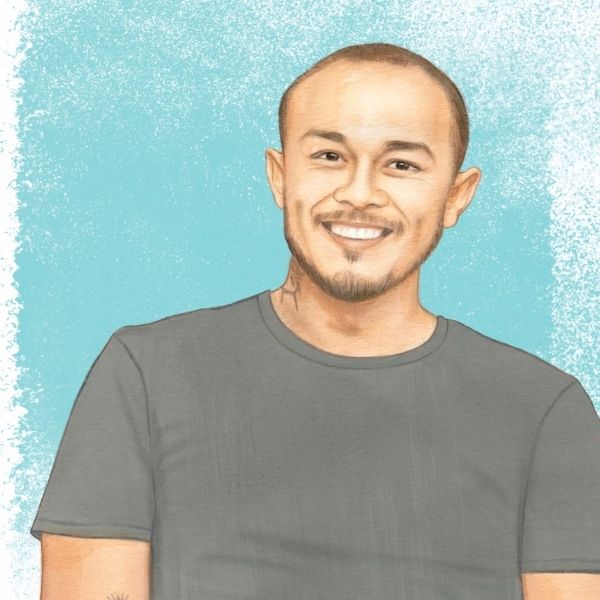 I had a pretty difficult upbringing. I grew up without a father figure and that led me down some dark paths when I was younger without having a role model to guide me and point me in the right direction. I fell in with the wrong crowd, got kicked out of home really young, I almost ended up becoming a drug dealer and a drug addict myself. I never had safe connections with other men, and I never really felt comfortable enough to open up.

In my mid-twenties, I became interested in hip hop and joined a spoken word community out in Bankstown, Sydney. They ran regular monthly poetry clubs. I used spoken word as a way to deal with the grief and traumatic experiences that I’d gone through. Honestly, if it weren’t for that community, I wouldn’t be able to properly express and process the emotions that I had gone through. It was cathartic. I can definitely vouch for the importance of those kinds of social connections and a safe, nonjudgmental space to open up about personal issues. I was very fortunate that I had some good mates I’ve met along that journey. That’s honestly another big catalyst, having other guys see potential in me and they were also interested in the same things.

I met other like-minded men who were very open and expressive and were able to speak on more sensitive topics. I had a mentor for a while, he’s a personal trainer and owned a CrossFit gym, but he was also an academic, studied poetry and was very into social activism. He used to run workshops and programs for younger men, especially teens. That’s what exposed me to more ideas and workshops and the benefits of it. Eventually, my partner and some mutual friends encouraged me, and co-founder Daryl, to start a men’s group called Men’s Business. It’s a safe and non-judgemental space for men to express themselves and open up about their personal lives and the issues they are dealing with, whether it's with their relationship, their professional life or seeking purpose, clarity and direction. We also provide accountability, advice, tools and support for men who seek to become the best versions of themselves, in order to become better partners, lovers, fathers and friends. 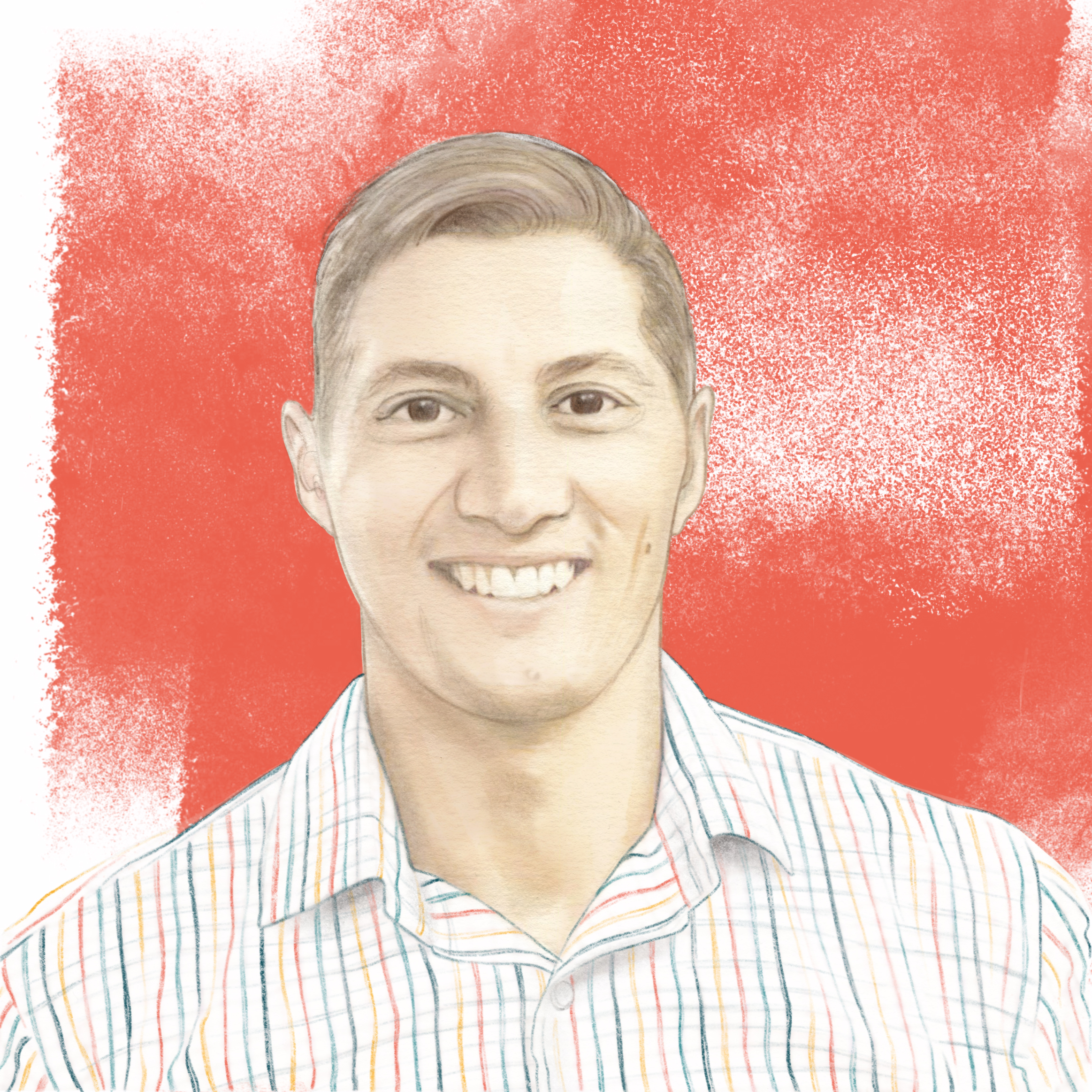 Growing up in an Indigenous in Australia, community is a core tenet of our values. It’s of describing lots of connections to form something that’s beyond yourself. We fostered those connections and had meaningful engagement because our parents taught us how to do that well.

When my wife and I started a family, we went to the antenatal classes. It seemed to be a good space for mums but there didn’t seem to be much for dads. The hospital system doesn’t acknowledge you formally in any way, shape or form and it leaves you feeling confused, like “ah where do I fit in all of this?”. Just before having the baby, I hung out with two mates and their babies, and I just felt so comfortable. I could listen to them and ask them questions. I felt like these guys have gone through what I’m about to go through and that was comforting for me. I just thought, every man, every new father needs to have this experience. I know every father can feel isolated, lonely, scared, and freaked out in some way, as the baby approaches, whether they admit it or not. That’s how Dads Group started. I just kind of grabbed a bunch of dudes from around the place, relatives or friends, and said, “Hey, let’s go and have a coffee together with the babies, and let’s do a dad’s group.”

Now Dads Group is in almost every state and territory in Australia and embedded in hospitals across Queensland. We’ve received major grants, we’ve probably done a little over 3000 events, we’ve established hundreds of Dads Groups, online and face-to-face, and studied how they work and how they don’t work. Last week one of my friends and colleagues, he said with tears in his eyes, “This program has saved people’s lives.” Some of these are guys who are on the edge, it is tough and they are struggling, and they have no one, and no connection. That’s a really dark place. Then there are countless stories which you hear, guys that have met at Dads Group, and developed family friendships, and moved on to supporting that local community where they are. Getting dads to connect with their babies from when they’re skin-to-skin in the hospital, all the way through to bottle feeding at a Dads Group, and then in schools, that’s the journey that we’re fostering and changing that culture. The impact of this, we’ll be seeing in 25 years. 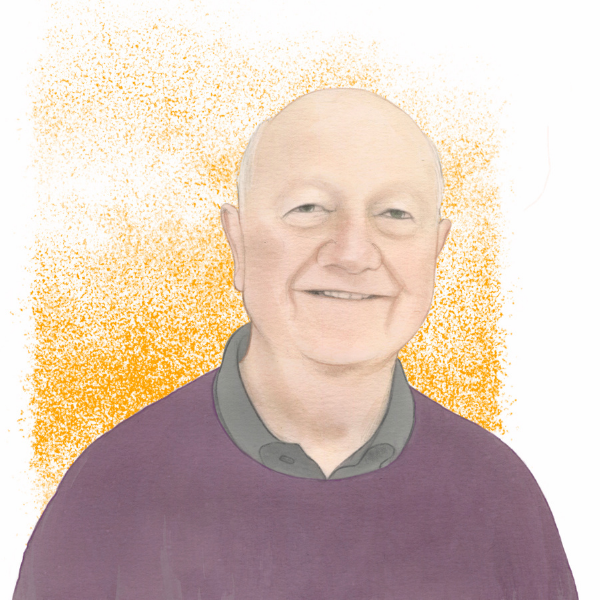 I was always very close to my family. I was the youngest of five, I’m the last remaining one. One girl who was the oldest, I adored her, and four boys. I didn’t marry until two years ago, but we’ve been in a relationship for 34 years. The fact that I was a schoolteacher and that I was very close to my brother and his kids and my sister and her kids, I never really felt as if I’d missed out on anything by not having children of my own. I’m a talker, if I’ve ever had problems, I’d seek out people to talk to about it. My sister and my brother’s wife have been great supporters in that regard. I’ve always been aware that women are so much better at creating social networks, my wife is a prime example of that; she still catches up with the mums from her kids’ kinder groups. I retired when I was 55 but continued emergency teaching and finished last year.

My wife was sort of aware of the fact my teaching interests were lessening so about two years before I went down and checked The Shed out, she’d been saying, “You need to go, you need to get out.” When I got down there, I realised, “Oh you idiot, you’ve wasted your time, you could have been here two years earlier.” The guys were really friendly and welcoming. When someone asked if I was going to come back next week I said, “Bloody hell, I am!”

The activity I’ve involved myself with is bike riding. I’ve made a few friends I ride with on a Friday. After probably 15 years of not riding a bike, it got me back riding a bike. I’ve always been someone who loves exercising and if it hadn’t been for The Shed I wouldn’t have met men who are riding a bike at my age. I’ve always enjoyed singing; I come from a musical family so I also go down there on a Monday morning, they have a guitar group and I’m the nominal vocalist.

I’m fairly typical of guys that are down there. Quite a few of the fellas, including myself, have got health issues. I keep in touch with one, in particular, to see how he’s going and let him know I care. It’s given me a changed perspective that’s for sure.