Home > News > How well does the health system care for men as they embark on fatherhood? 300 men shared their views

Plus Paternal: Case for Change 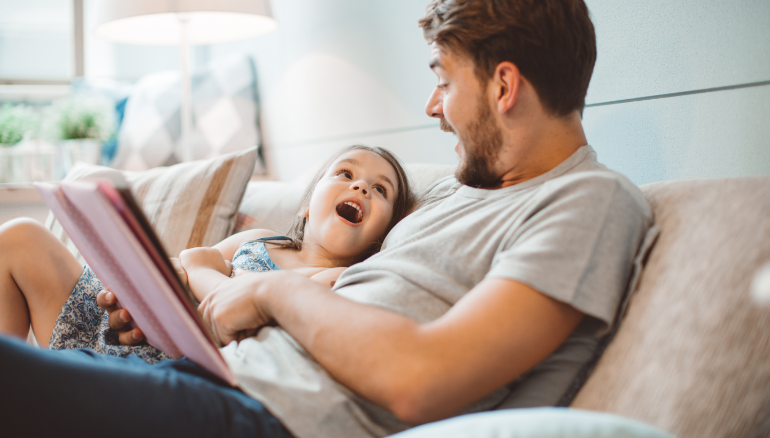 Every year, hundreds of thousands of Australian men are either trying for a pregnancy, or living through one and welcoming a new baby into their home. Many also experience the loss of a pregnancy or baby, too.

It’s a momentous and sometimes challenging time. Previous research has found 1 in 20 men experience depression during their partner’s pregnancy and 1 in 10 suffer depression soon after the birth. So, how well does the health system care for men during this time?

In March, we surveyed nearly 300 men who had tried to become fathers or had become fathers in the past five years. Overall, they told us that the health system – and society-at-large – were letting them down. This is what we learnt.

Even before men become fathers, their health needs are not always being met. For example, health professionals have long known that a man’s health, such as his weight and whether he smokes, can impact on his chance of a pregnancy and a healthy baby. Yet many men said they missed out on this information. For some, it could have meant the difference between a long, stressful period of IVF or not.

The focus on women and infant welfare is appropriate and required but there is a growing expectation and acceptance of men’s involvement during pregnancy, such as attending antenatal appointments and the birth of a child. When men do attend, however, they are often not actively engaged and included and there is little acknowledgement of their role or needs. Some said they would have liked more probing questions to help them understand how they could be involved in the birth, for example, and whether they knew enough about what was to happen when their partner went into labor.

Their mental health is overlooked

The emotional needs of fathers and prospective fathers are not consistently acknowledged or supported. This particularly applies to men experiencing infertility, those who are anxious about becoming fathers, and those men have lost a pregnancy or child.

Although a pregnancy is a positive time for most men, many experience mental health problems during this time. Financial pressures, changing family and intimate partner relationships and dynamics, and the responsibilities of fatherhood weigh heavily on Australian fathers and fathers-to-be. Some men said that in hindsight, they would have benefited from somebody asking them how they were coping.

Men want time off to care for their child

Men told us that they wanted more time off to care for their partners and baby. Fifty six per cent of men reported feeling supported by their employer to take time off to spend with their child or children, but others said they were given a week or less off and continued to answer work calls during that time. Fewer than 1% of people receiving parental leave payments from the Australian Government are men.

First-time fathers often feel uninformed or ill-informed when it comes to pregnancy, how their relationship with their partner may change, how to interact with and handle their child, and more generally, in how to be a successful parent. Many told us they wanted more than a lesson in how to swaddle a baby or change a nappy. They wanted practical information about how to cope with problems to come, such as sleep deprivation or what to do if their baby was sick.

Their grief is often overlooked

More than half of the men surveyed reported difficulty conceiving a child, a premature birth, or the loss of a child through miscarriage, stillbirth or during the baby’s first year. And the vast majority of these men did not feel supported by the health system at that time.

Some men said they felt “traumatised” and “numb” after these events. One man said: “Nobody follows up with the man in my experience. You pretty much have to bury how you’re feeling and focus on supporting your partner through it.” Another said: “I was broken trying to keep it together for my wife, for everyone. It’s in that state you understand why male suicide is so high.”

Do you want a more father-inclusive society?

We all want healthy, happy fathers in our lives but many men feel secondary to the process — welcome, but not active players. It’s clear that Australian society, and our health system, has not kept pace with the changing needs, expectations, roles, and diversity of modern-day families.

Achieving meaningful change will require collaboration and commitment from a wide range of people and groups. If you want to play a role, check out the Case for Change and share it with your friends, family and peers.

Plus Paternal: Case for Change