Jon on breaking the silence around male infertility

Home > News > Jon on breaking the silence around male infertility 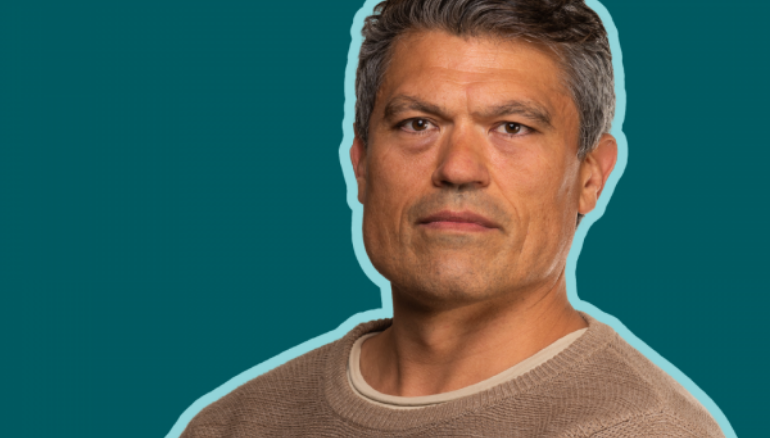 Jon is one of thousands of Australian men diagnosed with infertility each year. The Melbourne paramedic wants other men to know that fertility does not always come easy, but there are things you can do to improve your chances.

Jon always presumed he would become a father one day. But when he was diagnosed with aggressive testicular cancer, everything changed.

“I was diagnosed on a Tuesday and I was on the operating table the following Monday,” he says, recalling how swiftly his doctors moved. He was 33 at the time.

“I honestly feel like I didn’t have time to digest what was happening and looking back that was kind of a blessing.”

After the operation, Jon felt lucky. His surgeon successfully removed the cancer and spared one testicle. He didn’t require chemotherapy or radiotherapy, which came as a relief. Jon remembers his doctor telling him that he may need to look at other ways to conceive a child in future. But at the time, his brain leapt to the conclusion he was likely to be infertile.

“During that stressful time, believing that I couldn’t have children made it easier for me to come to terms with my potential infertility,” he says.

All of this came back to him a few years after his surgery when he was on a date with a woman he liked. That same night he told her that he thought he would not be able to have kids. She asked a simple question: ‘Is that really true?’

It prompted Jon to see his doctor to find out more. After doing a semen test, the doctor diagnosed him with Non-Obstructive Azoospermia.  It means there was no sperm in his ejaculate. The doctor went on to perform a Fine Needle Aspiration (FNA) of Jon’s testicle to look for sperm. The result: one sperm that couldn’t move.

It was a grim finding by most people’s standards, but Jon and his partner Laura decided it was great news. If the doctor could find one sperm, there must be more, they thought.

They were right. After seeing several fertility specialists, the couple was advised to skip any attempt at natural conception and jump straight into fertility treatment to freeze eggs for Laura so Jon could have a procedure to find and hopefully retrieve more sperm.

The plan was to put Laura’s eggs together with any sperm from Jon to see if they could create embryos.

“We always hoped that because Laura’s fertility was not in question, if our sperm and eggs got together and made embryos then Laura would get us over the line,” Jon says.

At the beginning, it sounded simple enough, though it turned out to be a mental and physical marathon for both of them. Laura ended up having 15 egg retrieval IVF cycles to collect eggs from her ovaries and Jon had two MicroTESE surgical procedures to find sperm.

They made many health and lifestyle changes at the same time to improve their pre-conception health. They removed plastics from their house and chose to drink from glass bottles instead of plastic ones. They cut out alcohol, coffee and ate a plant-based diet high in fresh fruits, vegetables, nuts and seeds. Laura even made their own cosmetics, hair products and aftershave to avoid chemicals that have been known to affect both a woman’s and man’s fertility.

Jon also did things he never imagined doing to have a baby. He put ice packs in his underwear to cool his testicle in the lead up to the operations with the hope of improving the chances of making and retrieving sperm. He was keen to do anything to improve their chance of success.

The treatment, which cost tens of thousands of dollars over several years, resulted in 10 embryos. The couple were told that each of them had about a 30 per cent chance of turning into a pregnancy.

In late 2020, Laura had an embryo transferred into her uterus to see if it would implant and become a baby. When they received their positive pregnancy test, all of the pain and hard work seemed worth it.

The couple now have a daughter, born in June. After bonding with many people experiencing infertility on social media, Jon and Laura both feel a strange sense of “survivor guilt”. They hope their story will offer hope and camaraderie to others struggling to conceive.

For more information about how to improve your chance of conception and a healthy baby, visit yourfertility.org.au.