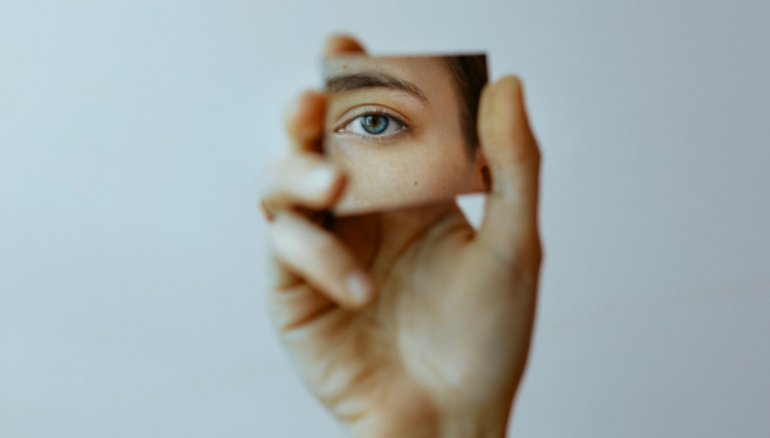 Look at any men’s magazine cover, superhero action figure, or social media advertisement and you’ll see a version of the male body you’re unlikely to find walking down the street. Throw in our country’s obsession with sport and thriving fitness culture and you’ve got the ingredients for an unrealistic body ideal that men are implicitly and explicitly told to match, from a young age.

When dissatisfaction with our bodies is common, men’s pursuit for muscle growth is seen as admirable and the behaviours to achieve it (like restrictive diets and frequent exercise) are considered normal, it can be more difficult to draw the line between healthy habits and a diagnosable condition like an eating disorder or body dysmorphic disorder. This is made harder by the misconception that these conditions only affect females, leading to further stigma around the many men who do suffer.

The basics of body image

Body image is how you think and feel about your body. It’s not about your actual appearance, but the perceptions, beliefs and emotions attached to it. Body image starts developing in early childhood and evolves over your lifetime, influenced by the culture you live in, the media you consume, your personality and the people you’re surrounded by. Sometimes you’ll feel satisfied or positive about your body, sometimes you’ll feel unhappy, negative or just neutral about it. Whatever the case, our body image can influence how we engage with the world and impact our mental and physical health. Ongoing poor body image or body dissatisfaction can be linked to dieting, over-exercising, eating disorders, body dysmorphic disorder, depression and anxiety.

The complexity of male body image concerns and their consequences have long been under-researched but this changing.

Eating disorders are serious and complex mental illnesses characterised by disturbances to thoughts, behaviours and attitudes to food and eating, which can extend to preoccupation with exercise and body shape or weight. They can be life altering and threatening with both psychological and physiological complications.

In Australia, males are believed to make up over a third of people with eating disorders[2] but the actual percentage is likely much higher. In 2016 it was reported that less than 1% of all the body image and eating disorder research was conducted exclusively on males[3], with little inclusion of those who identify as transgender or gender diverse. LGBTQI+ adults and adolescents experience greater incidence of eating disorders and disordered eating behaviours than their heterosexual and cisgender counterparts[4]. There’s also growing, and much needed, research into the prevalence of eating disorders in Aboriginal and Torres Strait Islander peoples, culturally and linguistically diverse communities and the influence of Western body ideals.

Eating disorders can also present differently in men when body dissatisfaction manifests in the pursuit of a muscular ideal rather than thinness and is referred to as muscularity-oriented disordered eating.

“The stigmas and stereotypes around eating disorders lead to the myth that they mostly affect women, leading to eating disorders in men often being overlooked or misdiagnosed,” says Dr Ranjani Utpala, Clinical Director of Butterfly Foundation.

There’s no single cause of eating disorders but your genetics, cultural influences and emotional factors all contribute. It’s also important to consider specific environments that emphasise body shape and performance, like some sports.

“Young athletes such as gymnasts, runners, body builders, rowers, and wrestlers are especially vulnerable to developing eating disorders,” Dr Utpala says. “These sports often expect or require the practice of weight restriction, and disordered eating can be reinforced or rewarded.”

More research on the most effective interventions for men with eating disorders is needed because accessing evidence-based treatment as early as possible reduces the severity, duration and impact of the problem.

“Men tend to be quieter about their body negativity, seeking treatment less frequently or holding off on treatment for a longer time than women due to shame and stigma,” Dr Utpala says. It’s important to seek help immediately if you think may be experiencing an eating disorder and talking with your GP is a good first step.

Signs of eating disorders in men

Most people have something they don’t like about their physical appearance whether it’s a crooked tooth or acne scars, but these thoughts don’t cause a lot of distress or impact your daily life. For people with body dysmorphic disorder (BDD) — an under-recognised psychiatric condition — these perceived flaws become an intense preoccupation and can lead to extreme action to hide or fix it. Around one in 50 Australians have BDD with men and women equally affected[5].

Muscle dysmorphia (incorrectly called “bigorexia” or “reverse anorexia”) is a type of BDD in which people (predominantly male) see themselves as not muscular enough. They can go to dangerous lengths for gains including strict diets, excessive exercise and the abuse of anabolic steroids. Illegal androgen abuse can have long-term physical and mental health impacts including cardiovascular disease, liver and brain damage, rhabdomyolysis and infertility. The current increasing rates of steroid use in our community could indicate that male body dissatisfaction is more significant than we recognise.

The condition can be difficult to catch in yourself and others when eating well and working out in moderation are considered healthy, and the pursuit of size has been normalised by the media. So, when does meticulous meal prep become a problem? If your habits are impacting your work, study, social life and relationships, it might be a sign something is wrong.

“Start asking, does it impair your functioning? Does it restrict your ability to live other aspects of your life?” psychiatrist Dr David Castle says. “A lot of people get into it in an incremental way, they'll start off with [going to the gym] one hour three times a week and then they'll increase it and increase it, and then find if they have a break from it, they get quite distressed.”

Men with BDD and MD don’t recognise that their beliefs about their appearance are inaccurate and may not realise they have a serious but treatable condition. Often family or friends can be the first people to raise the issue.

“Some think, ‘oh well, that's just vanity, how can this be a serious issue?’ It's a hugely serious issue,” Dr Castle says. “It has one of the highest suicide rates of any disorder — it's a tragedy, it strikes young and it’s persistent and enduring.”

There’s limited research on treatment for BDD but medication and psychotherapy are helpful.

Signs of body dysmorphic disorder and muscle dysmorphia in men