What all men need to know about diabetes

Home > News > What all men need to know about diabetes 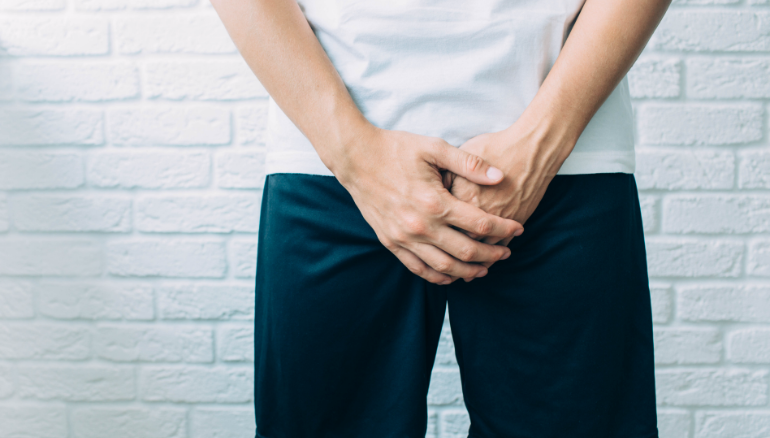 Ask the Doc: Can low testosterone make you less fertile? 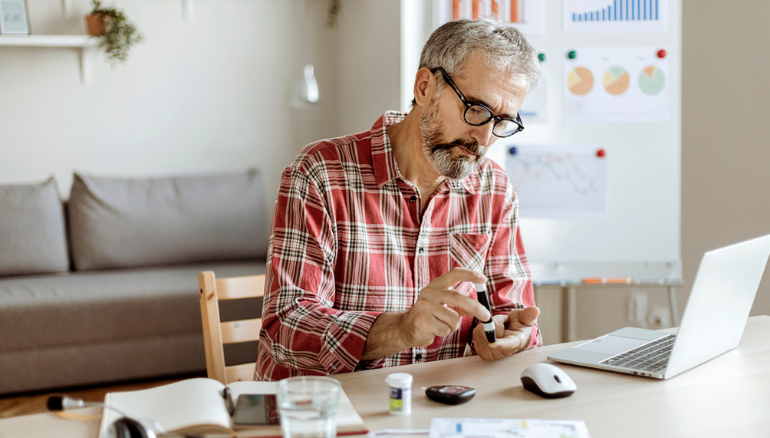 When you feel shame, guilt or failure about your health, it’s hard to ask for help and that can stop you from doing the things that can improve your condition. These feelings can be caused by stigma – when someone sees you in a negative way because of a particular characteristic or attribute – which is something more than 80% of people with diabetes have experienced at some point in their lives[1]. It’s important that all men understand what diabetes is, what increases their risk of developing it and what it’s like to manage it, not only for their own wellbeing but to reduce the stigma for the nearly two million Australians who live with the condition.

When someone has diabetes, their body can’t maintain healthy levels of glucose in the blood. Glucose is a form of sugar that is the main source of energy for our bodies. A hormone called insulin is essential for the uptake of glucose into the cells of the body. In people with diabetes, not enough insulin is made by the body, or insulin doesn't work properly.

There are two main types of diabetes. Type 1 diabetes is an autoimmune condition in which the immune system is activated to destroy the cells in the pancreas that produce insulin. There’s no cure for type 1 diabetes and it can’t be prevented. Type 1 diabetes is managed with insulin injections several times a day or the use of an insulin pump. While lifestyle factors don’t cause type 1 diabetes, there are things you can do to reduce the chance of developing diabetes-related complications like blindness, limb amputation and kidney disease.

Type 2 diabetes is a condition in which the body becomes resistant to the normal effects of insulin, and may gradually lose the capacity to produce enough insulin in the pancreas. Genetics and family history are strong risk factors for type 2 diabetes. It’s also linked to lifestyle factors like diet, lack of exercise and being overweight. Initially, type 2 diabetes can often be managed with healthy eating and more movement, but many people will also eventually need medication and some may eventually require insulin.

What is diabetes-related stigma?

Diabetes-related stigma refers to the negative attitudes to diabetes or people living with or affected by diabetes. It can be experienced in a range of environments, from personal relationships and social situations to the workplace and doctor’s office.

Some of the ways people with diabetes experience stigma include being blamed for causing their diabetes or its complications, being judged when eating certain foods, or getting stares or comments when injecting insulin.

The link between type 2 diabetes and unhealthy lifestyle factors can contribute to stigma, framing the condition as a failure of personal responsibility rather than a result of complex biological and environmental factors.

“I believed I was keeping myself fit, eating right and in good health so I was shocked when my GP turned around and told me I had type 2 diabetes,” Glenn, 70, says. “I was pretty unaware that it would happen to me.”

Glenn says many people are ignorant about the causes of diabetes and have misconceptions about its impact.

“It’s not a death sentence and you don’t need to stop living because of it,” he says.

However, daily management of diabetes is critical and if complications develop, it can have a significant impact on quality of life and can reduce life expectancy. Stigma can lead people to avoid telling others about their diagnosis, get the right support, or learn more about their diabetes and what they need to do to stay well.

If you’ve been diagnosed with diabetes, Glenn recommends reaching out to others in the same boat.

“Talk to people who have experience with diabetes,” he says. “I’ve met some lovely people and learnt a lot about different ways to manage it.”

The risk of type 2 diabetes increases for men after you hit 50, or 35 if you’re from an Aboriginal, Torres Strait Islander, Pacific Island, Indian subcontinent or Chinese cultural background. Depending on your risk level and your doctor’s advice, you may need to be tested annually or once every three years. Strong evidence shows that type 2 diabetes can be prevented in up to 58% of cases in the high-risk (pre-diabetes) population by eating well and exercising. Screening is critical for catching the issue early. You can understand your risk of developing type 2 diabetes here and take this information to your next doctor’s appointment.

Want to learn more about diabetes so your words and actions won’t negatively impact others? Head to diabetesaustralia.com.au.

Ask the Doc: Can low testosterone make you less fertile?