What health professionals need to know about monkeypox

Home > News > What health professionals need to know about monkeypox 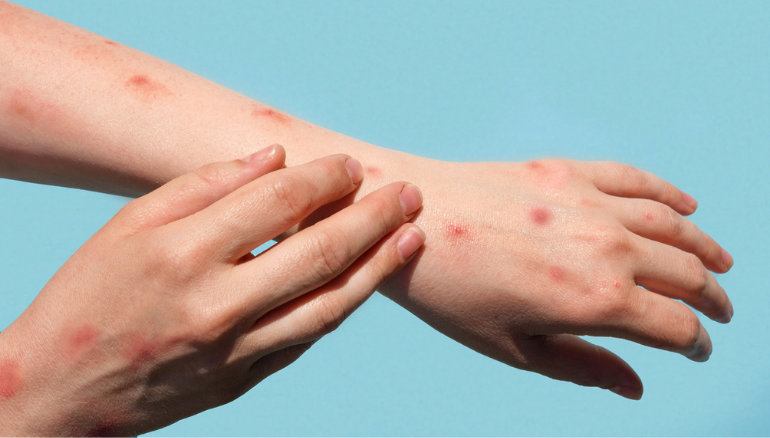 On 23 July 2022, the World Health Organisation (WHO) declared monkeypox a global public health emergency after 16,000 cases were reported across 75 countries and territories.

Official health figures show there were 66 confirmed or probable monkeypox (MPX) cases in Australia as of 9 August.

Since 1 June 2022, MPX has been a nationally notifiable disease, meaning certain health professionals must report detected cases to their relevant state or territory health department.

Here’s what health professionals need to know to keep an eye out for suspected cases.

What is monkeypox (MPX)?

First detected in 1958 in captive monkeys in Copenhagen, Denmark, the monkeypox virus (MPXV) was not identified in humans until 1970[1]. Since then, most monkeypox outbreaks in humans have occurred in central and west African countries[1].

While MPXV is closely related to the smallpox virus, the disease it causes is milder. It’s why smallpox vaccines may also be used to prevent monkeypox.

MPXV can be transmitted from one human host to another through close contact with:

However, transmission through respiratory droplets is less common and usually only happens if there is prolonged face-to-face contact.

Monkeypox is not considered to be a sexually transmitted infection, but it may be spread during intimate physical contact.

Who is most likely at risk?

Anyone who has had close contact with someone infected with the MPXV is at risk of developing monkeypox.

To date, many monkeypox cases have been reported among men who have sex with men[2],[3] However, it’s important to be aware that MPX can impact anyone regardless of their sexuality.

Monkeypox is usually a mild disease that generally resolves in two to four weeks but it can potentially be a serious illness. Infants, young children, pregnant women and people who are immunocompromised are more at risk of becoming severely unwell.

How monkeypox may present

Monkeypox symptoms can start showing from five to 21 days after infection. Signs and symptoms of monkeypox include:

The distinctive monkeypox rash can appear as lesions (pimples, blisters or sores) typically starting on the face and spreading to the hands, feet and chest. In some recent cases, the rash has started on the genitals and rectal region and has not always spread to other body parts.

What to do if you suspect a potential case of monkeypox

All suspected, probable or confirmed monkeypox cases should be notified to your state or territory’s public health unit. Consult your jurisdictional public health unit before taking specimens for testing or before referring patients. You can find comprehensive patient referral and testing guidance here.

To help prevent the spread of the disease, people will need to isolate if:

Most patients in the current outbreak will not need antiviral treatment.

The Australian Government and some states and territories have secured an initial supply of vaccines effective against MPX and are working to secure more. Vaccines can be given either before or after exposure to the virus but vaccinating before exposure provides the best protection.

You can find out more information about MPX vaccines here.

As the monkeypox situation is rapidly evolving in Australia, health professionals can stay up-to-date on symptoms, treatment, prevention and vaccine guidance via DHAC’s resources page.

Is it safe to use Viagra recreationally?