Chronic disease and erectile dysfunction: a case study
Diabetes and its impact on male reproductive and sexual health

Men who have clinically localised prostate cancer routinely undergo radical prostatectomy (surgical removal of the entire prostate and surrounding tissue). While this treatment is largely curative, the surgery can cause injury to surrounding nerves. Between 70 and 100% of men can experience loss of normal sexual function after prostatectomy. Erectile dysfunction (ED) can have a significant impact on a man’s wellbeing and quality of life (QoL). Traditional first-line treatments for prostatectomy-related ED provide only moderate success and new effective treatments to restore sexual function in these patients are sorely needed.

A team based in Melbourne consisting of a Microsurgeon and a Urologist, have established an innovative surgical nerve-grafting procedure to restore erectile function, based on a technique first developed by a group in Brazil.

To test the effectiveness of a simplified end-to-side nerve grafting procedure on men with ED post radical prostatectomy treatment for prostate cancer.

This was a retrospective study analysing the outcomes of end-to-side nerve grafting in men with ED post radical prostatectomy. The study included 17 men who met the eligibility criteria, including <70 years old, had a sexual partner, did not suffer ED prior to their prostatectomy, and had no co-morbidities such as diabetes.

A surgical nerve-grafting procedure was performed on patients, which took on average 3 hours. The procedure first involves harvesting the sural nerves from the lower legs. The femoral nerve and corpora cavernosa (erectile tissue in the penis) on each side of the body are then exposed and the sural nerve is microsurgically attached to join the femoral nerve to tissue within the corpora cavernosa. The grafting technique aims to restore the nerve supply to the erectile muscle tissue that was previously damaged during prostatectomy. 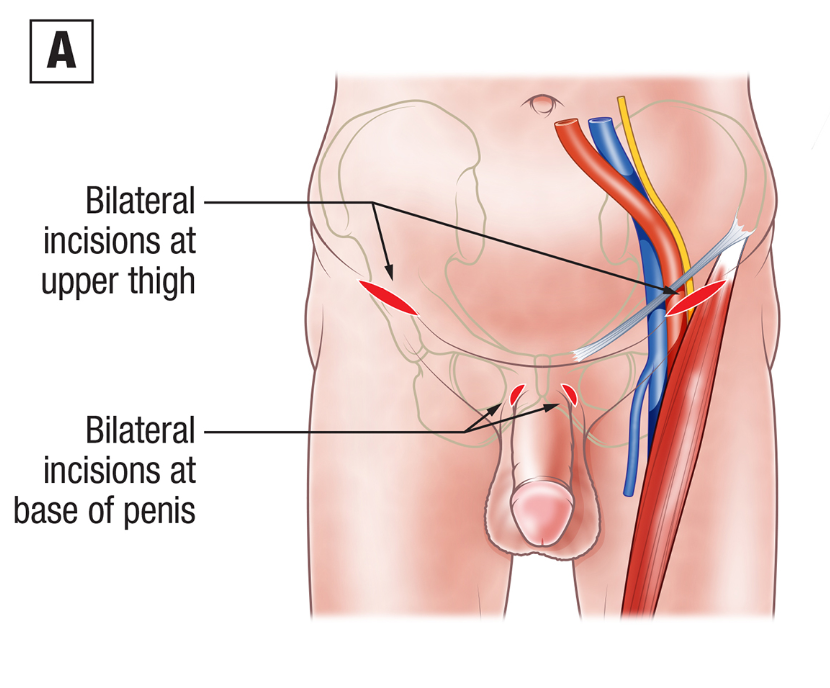 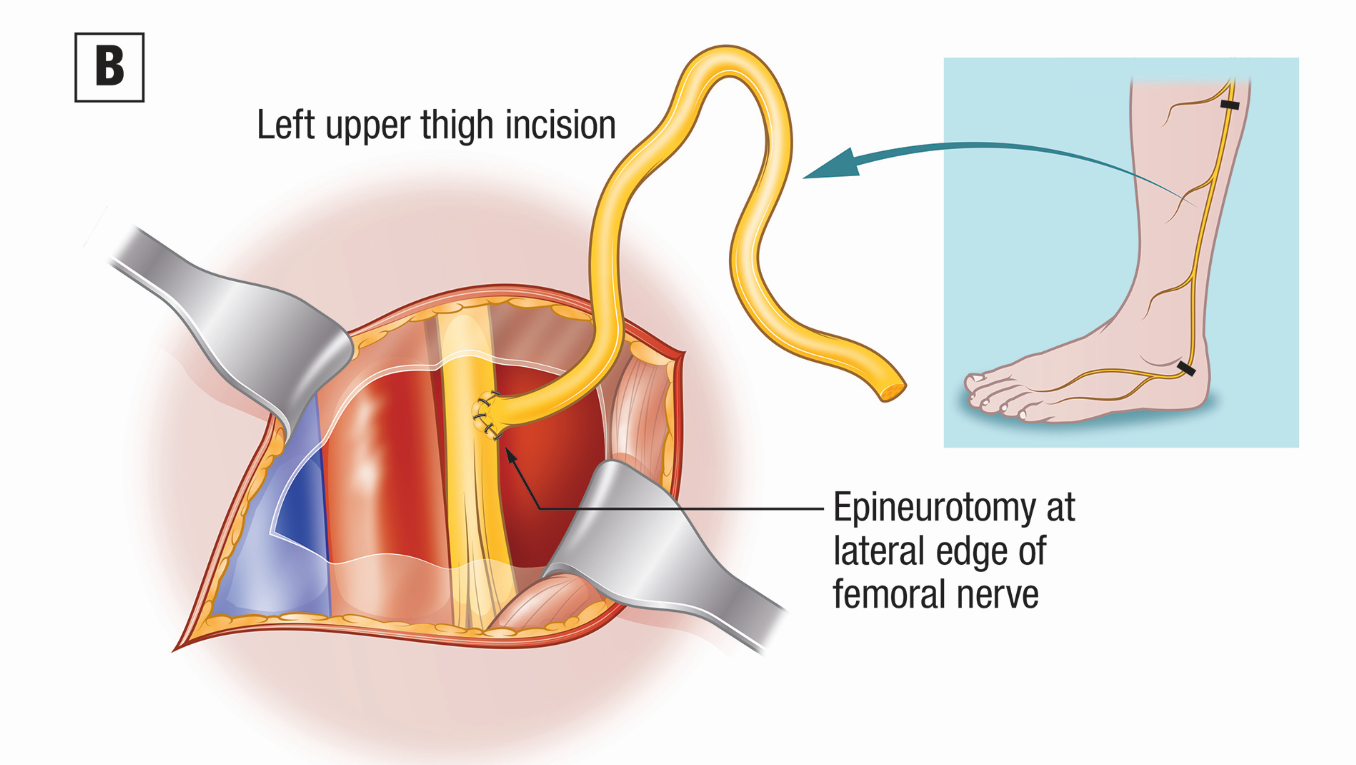 Three to six months after the nerve grafting procedure, men started PDE5i treatment (sildenafil or tadalafil) three times a week. QoL related to sexual function was evaluated using questionnaires prior to and post the nerve grafting procedure. The International Index of Erectile Function (IIEF-5) was used to determine erectile function, and successful restoration was recorded if a score of ≥17 was given. Sexual function scores were also measured using the Sexual Domain of the Expanded Prostate Cancer Index Composite [EPIC]-26 questionnaire.These patient-reported outcomes were analysed 12 months after nerve grafting.

Men (median age 64 years) received the nerve-grafting procedure at a median time of 2.3 years after their prostatectomy. These patients did not experience ED prior to their prostatectomy (IIEF-5 score ≥17), but had an IIEF score below 11 after the prostate cancer treatment, and were refractory to PDE5i treatment.

The end-to-side nerve-grafting technique shows great promise for the physical restoration of erectile function in men that have undergone prostatectomy for prostate cancer. In addition, this procedure led to significant clinical improvements in QoL scores for the men included in the study. The procedure has the potential to become part of the care plan for men having surgical intervention for prostate cancer, and have a significant positive impact on men’s wellbeing after a prostatectomy.

Chronic disease and erectile dysfunction: a case study
Diabetes and its impact on male reproductive and sexual health