Life in the fast lane

Sixty-eight-year-old Colin Stephen was a musician and singer in the early part of his career, with his band Quadrant playing the support act for the Eagles on their first Australian tour in 1976. He reflects on his early excesses — and how keeping his ailments at bay now involves lots of home cooking, long bike rides, and regular toilet stops. 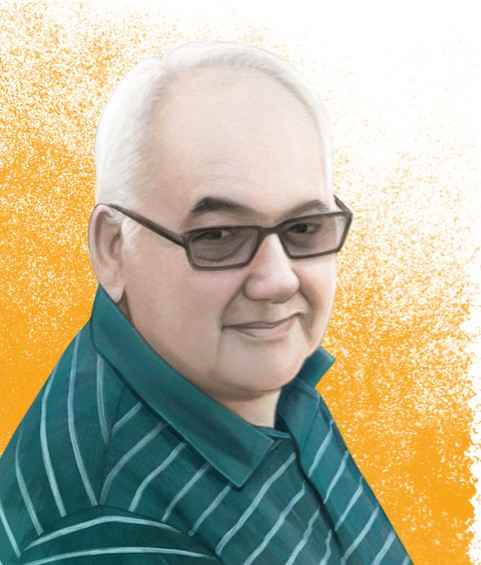 For the first sixteen years of my career, I was a working musician. I was in a vocal group called the Pied Pipers. We sang vocal backups for many of the popular recording artists of the day, were in a couple of television series, and recorded and toured. Then, because I was young, I thought it'd be fun to be in a rock band. After the Eagles tour finished, we were about 20 bucks down per member. Being a rock musician wasn’t the most financially viable of jobs!

Later I married the lead singer of the group I was in and we had babies. That wasn't such a good career move for a touring musician. I had to get a real job. My skills in artist management led me into public relations, marketing and fundraising. Still married, we now have two daughters and three grandchildren.

The perils of touring…

As a musician back in the day, you had to tour to make a living. We were on the road all the time, moving from town to town. We didn’t have a lot of money. Sometimes a meal was supplied, but often we would have takeaway. Let’s just say that if my diet was better at that time, I might have kept diabetes at bay a little longer. As it happens, my father had diabetes, so I had a higher chance of getting it.

While on tour, we’d work really hard during the day and evening. At the end of the night, we'd roll up a couple of joints to wind down. It was just something you did, part of the lifestyle. Twenty years after I stopped smoking dope, my father died. That was a trigger for the most awful depression. My doctor at the time said that there may be some links between excessive cannabis use and depression, and that even if it doesn’t manifest straight away, it can happen down the line. At first my depression was treated with anti-depressants but they simply numbed me out, so I opted for cognitive therapy which was just brilliant.

Lugging heavy equipment around from gig to gig also took its toll on my body. I have three herniated discs and problems in my neck, which give me headaches. Sometimes I get up in the morning and think, which part of the body is not going to work today? My youngest grandchild is 18 months old. Sometimes we’ll be on the floor playing, having a lovely time, but it takes me a while to get up again. At other times, the older grandchild says, “Come on, Pop, let’s play footy”. Well, I think to myself, I could have a coronary kicking and running around after that ball!

In hindsight, I could have treated my body much better than I did. I think I'm paying for it now.

Then there was the enlarged prostate…

My dad had prostate cancer and had to get his prostate removed. I was very aware from my forties that this could be a problem for me. I didn’t have any symptoms except that I was going to the toilet more often than I used to. Soon after I turned fifty, I went into my local GP, who gave me a physical examination. The doctor noted that while my prostate was enlarged, it felt smooth — which apparently is a good sign. I now have annual blood tests to check the prostate. They’ve all been good to date, though I still go to the toilet frequently because of the enlarged prostate.

Each morning I get up, take my medications, and have a big glass of water and a coffee. I know for the next hour, I'm going to be running to the toilet often, but it settles down over time. During the night I might go once, or not at all.

I enjoy bike riding but it involves being quite strategic with the route taken. I have to plan for toilet stops. It’s the same when walking. After around 45 minutes, I’m looking for a toilet or clump of bushes that I can disappear into. It drives my wife crazy — she’s always having to wait for me.

A few years ago, we went to the Netherlands for a seven-day bike ride. I was really worried about the amenities and whether there would be good coverage if I needed to go in nature — if it was even legal! I realised I had to pace myself to be able to make it to each public toilet. I stopped drinking coffee in the mornings and just had a small amount of water. I would go first thing, then wait for the designated toilet stop at morning tea, and so on. In this way, I made it through the ride.

It’s not great to hold on, because when you do go, sometimes you don’t flush properly. The enlarged prostate and a full bladder can impact on the urethra, so urine can’t pass through as easily. You end up doing lots of little wees. There are medications and even an operation you can have to help with these problems, but I’ve opted not to go down that track.

I got pre-diabetes about 13 years ago. This means that my blood sugar levels were over the normal limits, but not high enough to require diabetic medication. It put me at increased risk of getting Type 2 Diabetes, which I now have. This in turn puts me at risk of heart, kidney and liver disease. I had no symptoms, except that I was urinating even more often than usual. They picked up the raised sugar levels through a fasting blood test. I now have blood glucose tests quarterly.

Although I am now on drugs for blood pressure and cholesterol control, I’ve still managed to avoid specific diabetic medication. So far, I’ve managed to control my sugar levels through a mix of diet and exercise.

My wife and I eat lots of fresh fruit and vegetable. We have some red meat, poultry and fish, but not much. We rarely go out to restaurants or have take-away. Most of the things we eat are cooked from scratch. I do like second helpings though, so I don’t do too well on that score. Portion size is key. It’s important to manage your weight. Despite eating well and exercising, I’m still a big boy.

I walk, go on long rides, and pre-lockdown, I went to the gym. I understand that muscles draw on sugar, helping to keep your levels down. Despite my ailments, I can still do a 36-kilometre ride, so that’s something.

With the benefit of hindsight, I would advise the younger blokes to take care of their bodies while they are still in good working order. After all, it’s the only one you’ve got. Have regular medical check-ups. Eat well, sleep well and exercise.