Emily on raising a son with Klinefelter syndrome 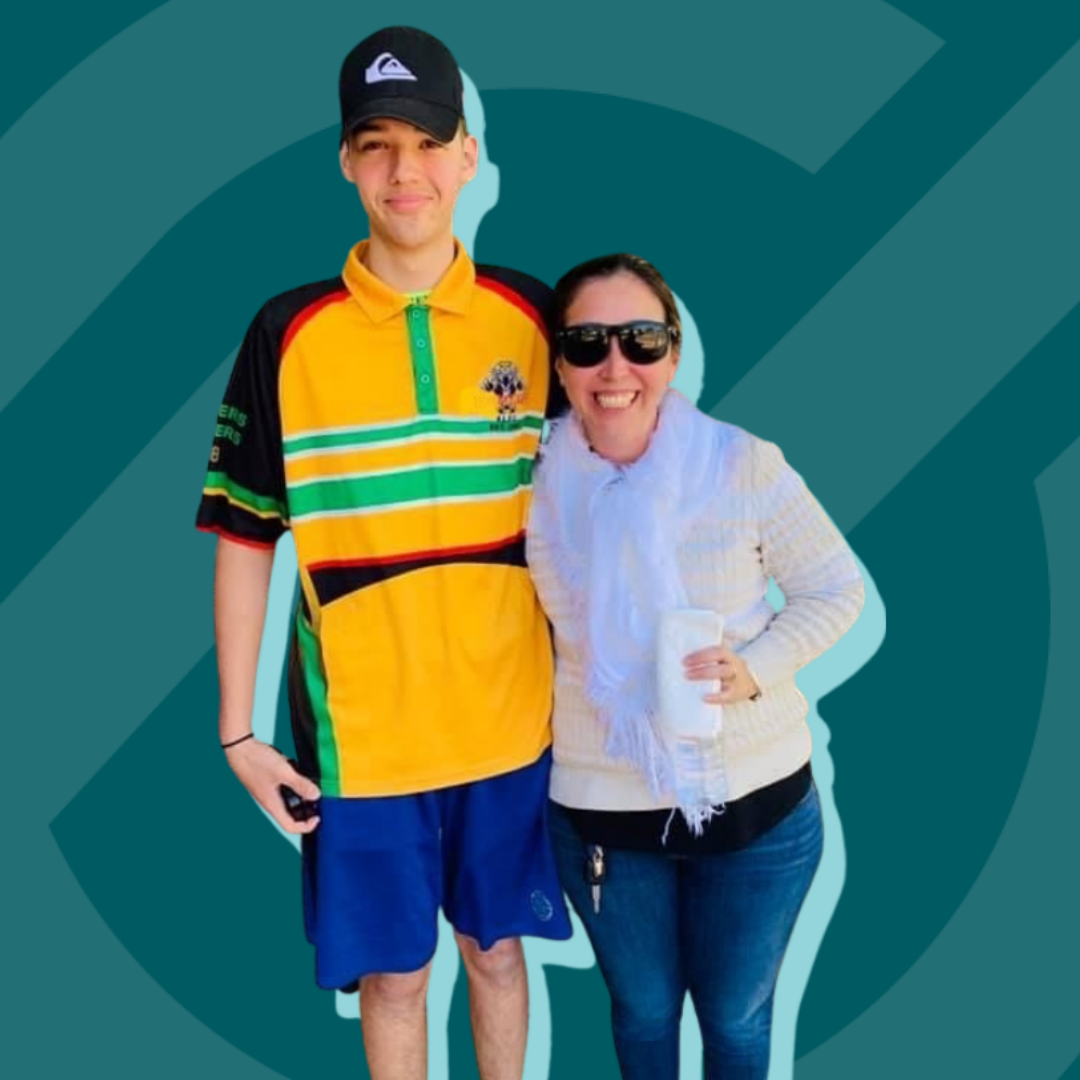 My husband and I have been together since we were teens and we had our first son Ayden when I was 21, he’s now 17, followed by Jacob, 13 and Amelia 10.

Growing up, Ayden was the sweetest and most empathetic child I’ve ever met. Sensitive, caring, all of the soft-natured words you could use to describe somebody, that would be him. He just wore his heart on his sleeve, and he always wanted to help others. Now he’s still all those things but mix in typical teenager attributes!

As Ayden grew up, he had a lot of symptoms that we couldn’t put in a box. We were doing a process of elimination based on the symptoms he was displaying — it wasn’t autism, it wasn’t this, it wasn’t that. One of the key symptoms of Klinefelter syndrome in children is speech problems and he was very delayed with his speech. We took him to a speech pathologist, and he improved just enough to continue progressing. He’d had hearing tests, eye tests, IQ tests, psychometric tests. The results from all of these were not bad enough to raise a red flag but not good enough to say he’s developing at an age-appropriate rate. It was a grey area and that’s the battle with Klinefelter syndrome at that age.

Just before his tenth birthday we took him to our GP who is amazing and cares for our whole family. We wanted to work on a plan to get specialty support and financial relief for what Ayden needed. Our GP said, “You know what, let’s get a genetic test done.” We had had no family history of anything, but he said if anything’s there it’s good to know and if it’s not, you can keep going on your journey it’s not going to hurt. He wasn’t doing the test with Klinefelter syndrome in mind, just a run of the mill chromosomal analysis to look for anomalies.

And it came back with Klinefelter. We were all blown away including my GP. He had been a GP for 20 years and had only ever diagnosed one other man. It’s one of those things you’ll never forget because it’s such a life-changing moment. We were his last appointment of the day, so I called my husband and we stayed in the doctor’s office until about 9 pm and we all researched together.

The kids were running riot in his doctor’s surgery. It was overwhelming because we didn’t know what was next, we just knew that he had this diagnosis. There was no clear treatment plan once he was diagnosed. We left there with so many questions our GP couldn’t provide answers to, although he was willing. We were referred to genetic counselling that helped explain what Klinefelter syndrome is, which was reassuring, but we didn’t have direction on what to do next to help Ayden be the best person he can be.

When you’re getting that diagnosis — your child has Klinefelter syndrome — the first thing that comes up is testosterone deficiency and infertility. You’re grieving for what you thought their life would be like and what I assumed his path would be. We have this false sense of security that when we have children, they’re healthy and they’re happy and they’re going to get through all the struggles they have. We can help guide them, but I didn’t know how to do that now, we didn’t know what that looked like.

I had to change my mindset because it wouldn’t be fair in the long term. I gave myself permission to have a good cry, but I snapped out of it and researched like there was no tomorrow. I really looked at the processes, the frameworks and the models that existed for kids with Klinefelter syndrome, for both health and education, and what I found was nothing. All that existed was information about testosterone deficiency and infertility, focusing on adults. Nothing to support children like Ayden. That’s where I struggled.

I did thousands of hours of research, of studies and papers. I went to the second-ever international XXY conference in Germany — it was for specialists not for parents, but they welcomed me with open arms. It was overwhelming but I brought all that information back to Australia and shared it far and wide. I wanted to build our local support system for any male with Klinefelter syndrome — any age, any stage — to raise awareness and increase knowledge. I set up a Facebook group and began connecting the community, but it was really about connecting Ayden to others who were living with Klinefelter syndrome. One of my main goals as a parent was to ensure he never felt as isolated and alone as we did in that doctor’s office.

Ayden wasn’t in the room at the doctor's when we got his diagnosis, but I gave age-appropriate information about what the blood test was about and what the results meant. It took a little while, but I used Lego as the method of delivery. I sat down with all three kids and I got 47 pieces of Lego.  I paired them up in the colours to try and replicate chromosomes. I explained that this is what everyone’s body is like, using 46 pieces, and then I put an extra piece of Lego onto the pile and explained that this was what his body was like, with 47 pieces, and that this was the main reason why he struggled with speech, language and comprehension. I reiterated that he’s no different to anybody else he just has to work a little bit harder to reach the same goals as everybody else. I don’t know if they fully comprehended at that point but all he knew was that he had an extra piece to him, and that was enough for the moment.

We always talked about Klinefelter syndrome and introduced him to people with the condition. We spoke with so many people all over the world, so he had a lot of exposure to it and I always gave him answers to his questions. At after school care, he told all the kids what Klinefelter syndrome was. He’s always been confident and resilient in who he is. We would just normalise it. Like diabetes, we need to manage our health when we have a condition and we treated it the same. It was nothing we were ashamed of.

One of the biggest constraints we have as a community is the stigma around Klinefelter syndrome and so one of the goals for our family was to remove that. We live in this amazing world where nobody should feel ashamed about what they’re diagnosed with, it’s just about how you manage it and live your best life. He was always accepted and included in primary school, and he was voted one of the school captains.

High school is a completely different experience with academic and social challenges. He’s had some battles as a teen with people throwing it in his face, but he’s taken it well. He’s found it hard to navigate friendships, so he joined a local rugby club and through that he found friendships. If there is something hasn’t been able to find or do, he doesn’t stop fighting until he gets it.

He’s now getting a job and facing come constraints because he has a language disability so there’s communication struggles. He’s doing TAFE one day a week as part of his senior certificate. Ayden is accepting and understanding that university is not the next step for him at this point in his life. His direction in life is driven by him. He’s leading the way, telling us his wants and needs and we support that. We’re not pushing him down a path he’s not comfortable with.

It’s been a rollercoaster, but I keep focusing on the end goal which is that I will fight till my last breath until Klinefelter syndrome gets better recognised, not just for Ayden. It’s about the next generation, the next kids who come through with Klinefelter syndrome. If nothing will happen for Ayden in terms of change, we as a family become the example to set the path for those after us.