Talking about prostate cancer and masculinity

Ian Stephens is a 62-year-old nurse, who is married with two adult children. He was diagnosed with prostate cancer in 2013. From worrying about incontinence, to experiencing erectile dysfunction, he talks candidly about life after prostate cancer treatment. 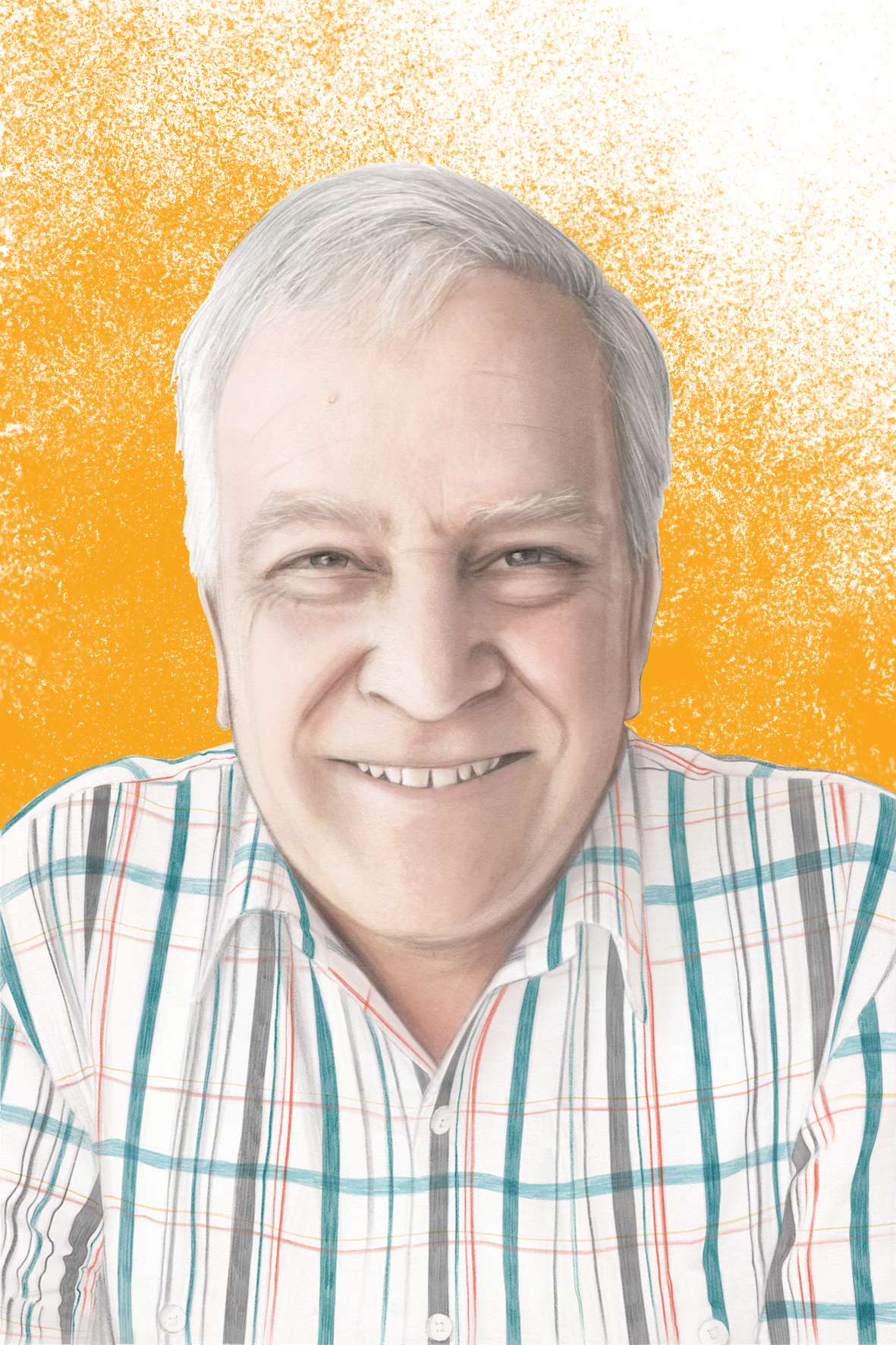 For over 40 years I worked in general nursing, and then in mental health nursing. I worked with men in various settings to help improve their physical and mental health.

Before my prostate cancer diagnosis, I’d had a 10-year history of benign prostate enlargement. I knew the value of early detection from my health background, so I was getting my PSA levels regularly monitored. At one point, there was a significant jump in the levels and the Urologist decided to do a biopsy of my prostate. He took 13 samples and one of them showed that there were cancer cells. I was diagnosed with low-grade prostate cancer.

On hearing the news, I did my best to wear my ‘professional hat’. I knew there was no immediate risk to my health. Statistically speaking, I knew that there were a lot of men out there with prostate cancer like mine. I knew that if the men were monitored, looked after themselves and went into the active surveillance group, they could go on for many years without needing a prostatectomy. My hope was that I would be, and stay, in that group.

Despite this, being diagnosed with cancer was hard news to take. I’d always assumed I would have a healthy road in front of me and that everything would be bright for the future. For me, it happened so suddenly and it made me think, maybe it won’t be quite as bright as I thought.

I was lucky my wife Marg was very supportive. She’s also from a nursing background and we were able to share our knowledge and the language of health to get us through. Being told you have cancer isn’t an easy thing to hear, but we were positive about the future. My two adult children have also been great. I’ve always talked honestly with them, and they are aware of the challenges I’ve faced, particularly around recovery.

I remember drawing on lots of good information. I started attending my local prostate support group and I found the Prostate Cancer Foundation booklets and videos helpful. I think men are not always good at seeking out information. We are often stoic, like to be seen as being on top of our game. Sharing our experience in a group setting is, in my opinion, vital.

I was in the active surveillance group for two years, having regular PSA tests. I also had three biopsies to monitor the cancer. After two years, my PSA doubled to a score of over 10, and the latest biopsy showed that there had been an increase in prostate cancer cell activity. The Urologist said, ‘There's something more going on here. I don’t want you to suffer the long-term consequences of prostate cancer that gets out of control. I want you to consider having a prostatectomy’. I considered my options before opting for surgery. I had surgery soon after. I was 57 at the time.

I recovered well from the surgery. I’d been doing pelvic floor exercises beforehand, because I knew that urinary incontinence could be an ongoing issue for some men. When the catheter was removed after eight days, I had good bladder function. I continued to do the exercises rigorously afterwards. I got off the pain killers after three or four days. I was in reasonably good form.

I expected there would be erectile dysfunction as part of the early recovery phase, as it had been flagged by the surgeon and other men I had spoken to, as well as in the literature I had read. At around the four-month mark, I told my surgeon that things were still not working in that department. He suggested Viagra. When that didn’t help, I tried injections. After trying a couple of different types, I found one that worked. That gave me a sense of hope that I was on the road to recovery.

When I look back, it was lifesaving, because at that point, I was pretty despondent. It was hard to be in a loving relationship and not be able to express myself spontaneously and creatively in the way that I had in the past. The injection gave me the opportunity to do that and it made a big difference. I’m glad I agreed to give it a go.

I started to get a sense of normality back and hoped that my erections would return naturally. I knew there could be improvements over time, but at some point I realised it was unlikely I would ever get back my erectile function.

At that point, I really started to question my masculinity and place in the world. I would do things like watch a movie with an intimate scene and it would remind me of the person I wasn’t any more. Even at work, I felt less assertive, less able to express myself. I did a lot of reading on this and realised that I wasn’t the only one.

At the time, what I was going through did strain my relationship with Marg. This was a difficult phase for us as a couple. We shut down a little with each other as this stuff isn’t always easy to talk about. Marg was always very supportive, even during the times when I imagine when she felt sad about the changes. We always remained hopeful that there were steps in the recovery process and that our relationship would blossom again. We’ve done pretty well. We are still very solid and have found some sort of balance.

I’ve since realised these feelings and experiences are a common problem for men that go through a prostatectomy. I think many of us feel embarrassed to admit we’re not the men we used to be. Recently I presented my reflections to my prostate cancer support group about the issue of prostate cancer, sexual function and masculinity. Afterwards men and their wives came up to me and told me how important it was to talk about these issues, and how they could relate to what I was saying. My experience is that men are more willing to discuss the mechanics of how to fix the plumbing but find it much harder to express their feelings, particularly if they are having unhelpful thoughts or low mood. I know that anxiety and depression after prostate cancer diagnosis and beyond is unfortunately all too common1.

I’m happy to now be able to give back to men and their partners by talking about my experience, which I believe can help men express and deal with the grief around the loss of our former sex life. I would encourage all men to speak to their Urologist, preferred health worker and their partner about this struggle as part of their ongoing recovery.