Comedian Michael Shafar on his experience with testicular cancer

I got diagnosed with testicular cancer in October 2017. I was working full-time as a writer at The Project on Channel 10, I was touring a lot, I'd just done my first Comedy Festival show earlier in the year and was starting to get pretty busy. That's probably why I put off going to the doctor for a while because I felt like I was too busy to go. But eventually everything took a backseat. 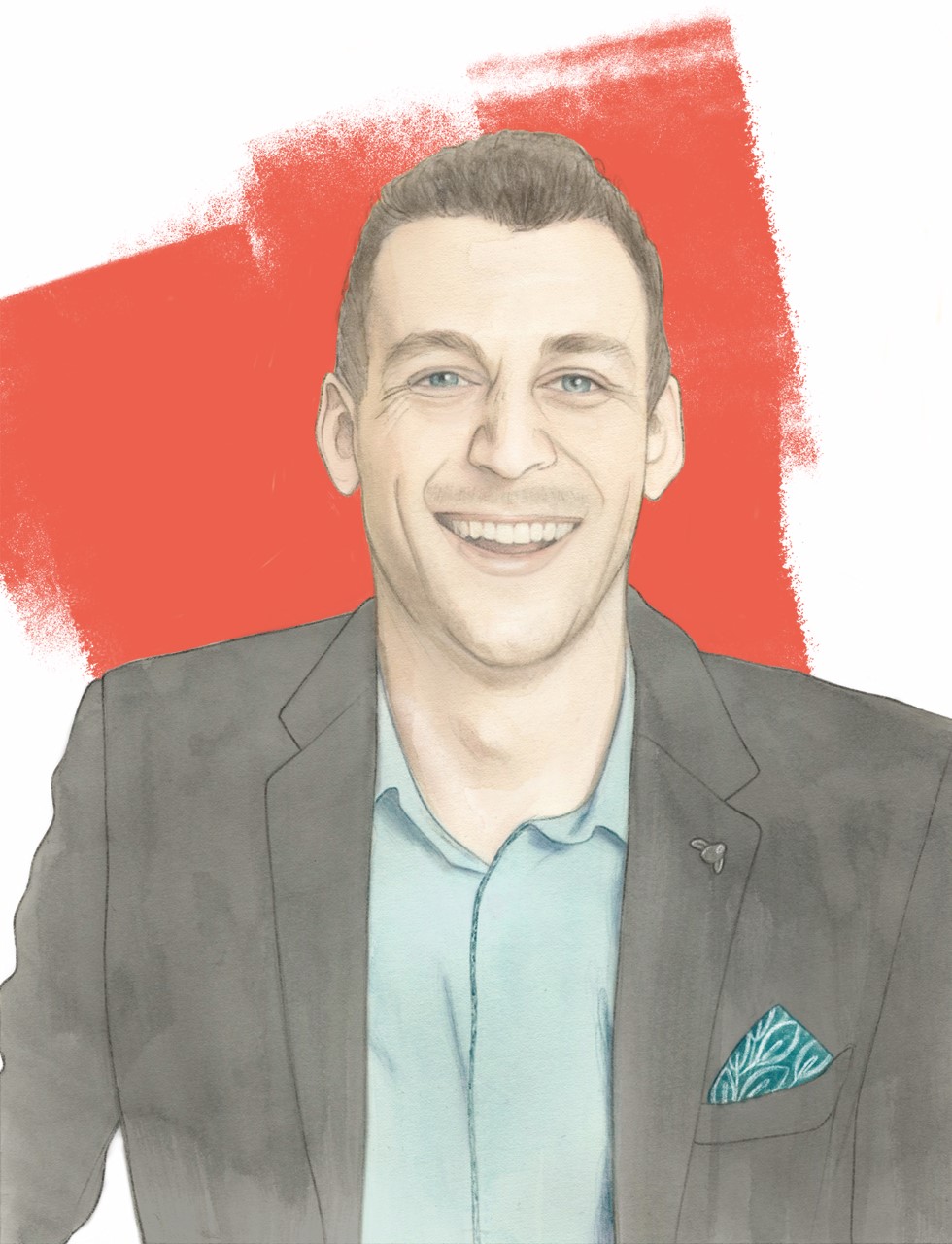 My right testicle was getting bigger, but I ignored it and didn't think it was anything serious. I didn’t get it checked until at least 12 months later. Had I gone initially, I probably would have just required surgery and then I would have been fine.

The reason I went to the doctor was because I was just feeling unwell. I was getting a lot of colds and flus. And I said, oh, while I'm here, do you want to look at my testicle, it's gotten quite big. I think the doctor put it together pretty quickly and sent me off for an ultrasound and a blood test that same day to confirm that it was cancer.

You try to be optimistic. I think I kind of knew then that it was probably cancer, but I didn't really know how bad it was until a few days later. I was a bit numb at first. You don't really process or understand what it means when you first hear it. My first thought was, how am I going to break this to my family and my partner. How do I tell them this news without really upsetting them, which is obviously impossible, but that's where my mind went.

It was brutal but they were great, they were very optimistic and really positive. Which was really important, but I'm sure that if you ask them, they were extremely concerned and extremely anxious deep down.

I got a CT scan that confirmed it had spread to my abdomen and chest. It was serious so they had to move quickly. So, the recommendation was to start chemo immediately. I went for my check up and got diagnosed on the Friday, I had surgery on Monday, and I was starting chemo on Thursday.

It was so surreal because a week earlier, I thought I was fine. I just thought I had the flu or a cold or something, but it was actually somewhat of a relief to get the diagnosis. I'd had a bunch of symptoms for months and I never understood what they were. I was getting regular back pain and I was feeling quite tired a lot. I thought I was having severe anxiety issues that were affecting my physical health. To get a diagnosis, was somewhat relieving. To know this is what it is, and this is the process now.

I was surprised by the symptoms of going through chemo. In the movies and TV, the way they portray it is like people throwing up all the time. For me, I got quite nauseous and there were days where I was throwing up, but the fatigue was the real issue. I never really understood what fatigue was until I went through chemo. Not being able to open my eyes, I couldn't even watch TV because I was just too fatigued. That was something I wasn't really prepared for.

I was lucky I was able to continue work throughout my treatment. So in between rounds of chemo, I would be working. I'd be writing for The Project or I'd be going on stage and doing gigs and stuff. That was really important for me, to feel like I was more than just a cancer patient and I was still me. Not everyone is able to do that, but if you can, do it. My huge piece of advice to people is to try to live as normal life as possible, so that you're not defined by your treatment, your diagnosis.

I was pretty hopeful and optimistic throughout, but that was only because I had a really great support network around me — my parents and my partner. It must be really tough for people if they don't have that around them, but there are lots of resources. My doctor would always say to me, there are psychologists available and support networks of men who have gone through this previously. I did speak with a couple of guys who had gone through the treatment and were out of the other side. I found that very useful because it was reassuring that the treatment does work. Also, they just give you some tips and advice about what to expect before going through chemo.

August 2018, I was cleared of cancer and that was really great. It was extremely relieving. In July 2020, they noticed something growing again. That was a real shock and I had to do more chemotherapy towards the end of last year. Now I'm kind of in the clear in the sense that, they can't see any active cancer in me and all the tests are looking really good, but I think I'm just a bit more mature about it now. I understand that it's going to be years before I get the all-clear.

When I've got a scan or a blood test coming up, or if I just feel like I've got a bit of a cold, I'm like, oh no, it's cancer again. I just try my best to trust that my doctors know what they're doing.

Now I prioritise my health and I make sure that I'm doing everything I need to be doing health-wise — exercising and eating well, sleeping well, just the basic things. I'm trying to be more grateful for being able to do the things I like doing. I try and be more grateful for the days where I'm feeling good.

When men are in their twenties, it's very rare to feel like you’ve got anything wrong, you feel pretty invincible, but I think it's worth getting a regular checkup. It's just good practice. You take your car in for a service every six months, 12 months. You should do the same thing health-wise. It’s also really important to have a doctor that you like and have a good relationship with as well, so it doesn't feel like a chore. If you're not happy with the one that you've got and you're not connecting with them, then just shop around — there are a million other ones.

It's just so important to always get something checked at the first sign. Because I put it off, it meant that I had to do multiple rounds of surgery and multiple rounds of chemo. It’s kind of embarrassing going to a doctor and showing him your balls and stuff, but definitely worth the embarrassment I would say.

I was a bit hesitant to discuss my experience during stand up, at first. I thought that it would be a bit too heavy to talk about cancer in stand-up comedy. But surprisingly it's actually probably been my strongest material, to be honest. I'm somewhat vulnerable when I'm talking about that stuff on stage, audiences do appreciate that. I don't think cancer is taboo anymore. It's just so common and there's so many awareness campaigns. People are totally fine hearing it in the context of comedy, which is really great because maybe a while ago, people might've been very tense about it. But particularly with the next generation coming through, they're a bit more open to hearing challenging stories and that's really good.

I don't like to see myself as a role model for anything, but I do think that my story certainly could connect with some men. I'm pretty relatable to guys who are in their twenties or thirties. I understand that I have somewhat found that power to change the way that men think about their health. I've talked about this on stage for a couple of years now. Odds are that I've spoken to a guy in the crowd who has got testicular cancer. To think that maybe one person went and got themselves checked and got an early diagnosis because of something I said is very satisfying.

When you're doing comedy, you’re allowed to talk about your balls and you don't have to hold it back. I've been doing dick jokes for a long time, that’s most of what comedy is, really. It's almost the perfect setting. I do think it's important that men don't feel embarrassed or anything about their genitals, because that's what stops them from going to a doctor and getting an early diagnosis.